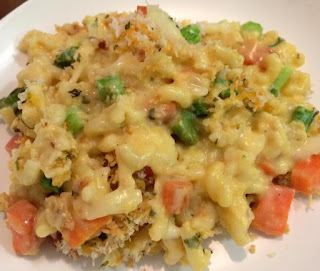 One of the best ways to eat well on a budget is to plan out the meals for the week, so you buy only what you need at the grocery store, reduce food waste, and cut back on the daily stress of wondering what to prepare for dinner. If you are fine with it, cooking a bigger portion and eating leftovers for meals over 2-3 days save a lot of prep time (and stress, for me). Here are some general principles to help with meal-planning: 1. When cheap, buy in bulk  and store properly* . Look for what's on sale, or in season. During the Easter sales, I bought two turkeys and stored them in the freezer. Post-Thanksgiving is another good time to get cheap turkey. Rather surprisingly, I got a reasonably priced 3-lb bag of quinoa at London Drugs early this year, and am still cooking from it. Foods that last include: Dried goods, e.g. rice, flour, pasta/noodles, beans, lentils, quinoa Frozen foods, such as meats, seafood and vegetables. Frozen in meal portions, meats and seafood can last for
Post a Comment
Read more

Whole turkeys were on sale before the Easter weekend, and with humane-certified birds available at Safeway for CA$1.47/lb, we hauled back two 5kg turkeys to store in the freezer while I pondered what to do with them. I'm no fan of high-density CAFOs  with their negative impacts on the environment and animal well-being, so if we do eat meat, we buy it from the farmers' market or those labeled as humane-certified. It does mean that meat is the most expensive protein in our grocery list, thus it is an occasional treat or supplement to our regular meals. In this case, I was pretty happy with the bargain price of $16 for a 5kg turkey. Cheap, but would it be edible? Turkey breast meat has a bad reputation after all. DH says that he sometimes needs to dip turkey breast slices in water in order to be able to chew and swallow them. I had good results with a roast spatchcocked chicken, so time to move on to a bigger bird! Steps with photos courtesy of Serious Eats . I used regular kitc
Post a Comment
Read more

August 19, 2010
We finally made it! We were officially saturated as of this morning, and are now full fledged aquanauts. Took a little while to get in yesterday, as the ARB crew were prepping the Habitat, so we hung out on the Research Diver and breathed in as much surface air as we could. Finally got the go-ahead at 12pm, and splashed in. This was my very 1st time inside the Habitat, so it was pretty cool stuff. Otter gave us the grand tour, ate our first packs of freeze-dried Mountain House gourmet entrees (I had the Chicken Polynesian), and set off for our first 5 hour dive to the Deep S4 site. With much efficiency (haha), we hammered in 80 bases, and cable tied on most of the cages, taking care to stay above 95ft. Came back with the fading twilight (no shiny vampires anywhere) to a hot shower and more MH goodness. If you're watching on the creepy mainlock cam, you'll think we are a bunch of pigs. We're always eating. Not much nightlife here, though the 'live TV' was pretty int
6 comments
Read more

August 15, 2010
160 Vexar cages later.... Far from a relaxing pre-mission weekend. We had to cut and build 160 1x1x1ft cages out of 3 rolls of Vexar. Now with hotspots on hands and sore fingers. Not as bad as Steve though. He cut from 11am to 6pm, and might have strained a tendon in his hand. Also had to cut an additional 80 bases, and make 4 2x2x2ft cages. That's probably enough Vexar for the year. Tomorrow, we stage them all at the 2 sites we'll run the growth experiment, and drop other stuff off at the Habitat. On the plus side, there is (part of) a delicious chocolate cake in the fridge, and Chris made a delicious and authentic Italian dinner for us all.
Post a Comment
Read more

August 13, 2010
Dives: 90ft 47min, 51ft 55min We're done with training, and on our way to moving from Candidate status to fully fledged Aquanauts (only when we step through the wetporch and start the mission). The last two days have actually been relatively light, compared to the beginning of the week. Yesterday we were briefed on the living and working space within the Habitat, and did an orientation swim to our work sites. Only one mask off exercise while sharing air with our buddies, and not too long! Probably less than 10min. Today the ARB crew carried out an emergency evacuation drill from the Habitat. We sat in the gazebo breathing 'oxygen' while the Habitat was on 'fire', and were all safely escorted to the surface and put on more 'oxygen'. Up next- more mundane stuff. We have 160 Vexar cages to make, laptops to prep, clothing and gear to pack. One more drill on Tuesday, and in we go!
Post a Comment
Read more

August 11, 2010
Dive: 42ft 65min I've always considered myself a pretty calm diver. The one time I got entangled in rope underwater I managed to take off my BC, keep the regulator in my mouth, untangle myself and get on with diving. Which is why it was a strange feeling to find myself fighting the impulse to flail in the water all bug-eyed and bolt to the surface today. What happened? Let me explain. Part of saturation diving means we don't ever touch the surface as long as we are saturated. In fact, the shallowest we could go is 40ft. Which means, no matter what happens, or how uncomfortable we feel- lost buddy, overenthusiastic BC inflator, headache, mask kicked off by buddy, etc, we DO NOT surface to reorient and regroup before going down. A new concept. Today we find ourselves facing the one of the worst case scenarios that could happen underwater- my buddy and I have somehow lost both our masks, and also deviated from the excursion line and are lost on the reef. Argh. Instead of surfac
Post a Comment
Read more

August 10, 2010
Dive: 40ft, 56min Was a humbling day today. The combination of 5-7ft seas, diesel fumes from the boat engine, surge underwater and the mild claustrophobia I get from strapping into the doubles rig caused me to hurl violently underwater just as our instructor signalled for me to begin the 'I'm out of air, time to buddy breathe drill'. Which is probably a good thing for my buddy! I figured better to let it out than try to keep it in and hurl through Steve's regulator. To avoid me choking on my own sick, we cut short the dive and ascended, where I promptly threw up some more, and laid down in the boat with my eyes closed until we got back. Not too fond of the feeling of uselessness but didn't want to hurl over anyone or their gear... Oh, and today we did line drills. How to use the reel without tangling and lost buddy procedures. Lots to catch up on, 2 dives tomorrow! And back on the Gatorade/strawberry diet. Booo.
Post a Comment
Read more
More posts