March 20, 2007
What could possess a right thnking person to leave the warm comforts of a bed at 5.30am on a cold and windy Sunday morning to venture outdoors? So I ruefully left my warm abode to join Adriane and pals on a bird banding trip. Yup, you heard right. Despite my numerous jibes at twitche..urm...birders all this time, some feathered fiends were actually depriving me of much needed sleep, and driving me into the merciless chill. 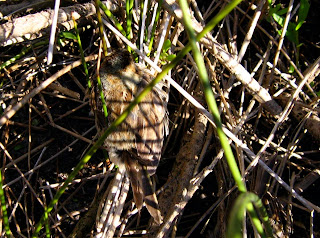 This is the fiend in question. One of the three species of marsh sparrows Adriane was studying for her MS thesis. This one was the seaside sparrow, characterized by yellow bands on the head. Tiny creatures- they only weighed around 13g. 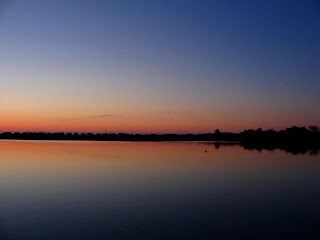 Something I haven't seen for a long time- an actual sunrise, haha

BTW, the water looks deceptively calm and inviting doesn't it? Well, it was BLOODY cold!! It was -2 degC in Wilmington, and that's not counting the wind chill as we zipped along the intracoastal waterway in an unsheltered boat. I thought it was spring already!! 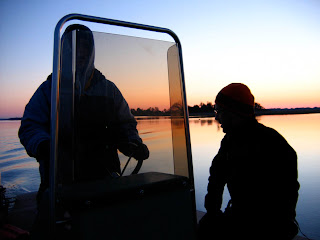 The only windguard on the boat shielding pilot Adriane. Simon is not so lucky. 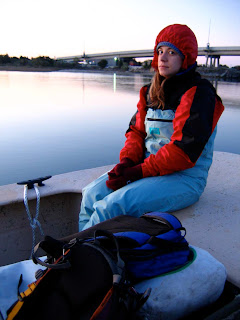 The wind bit right into the bones, and turned normally animated and friendly folks into stoic huddled masses determined to leave any little surface area exposed to the air as possible. The pain in my toes brought flashbacks of the summit attempt on Kilimanjaro, and boy, did I miss my thermal socks...

So after one gruelling hour, we reached the island, and set-up mist nets 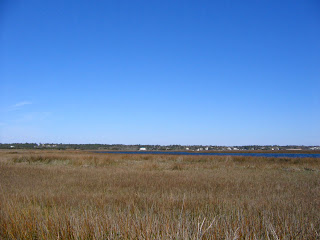 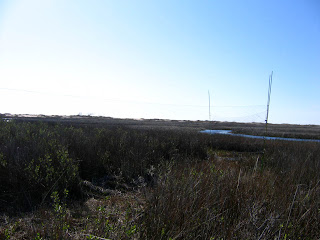 That done, we flanked the sides of the scrubby area where the sparrows hung out, and drove them into the nets by making noises and clapping our hands. We had quite a good haul too, except with cold stiff hands, it was damn hard to unwrap a bird from the netting, and I let one bird escape, tsk. 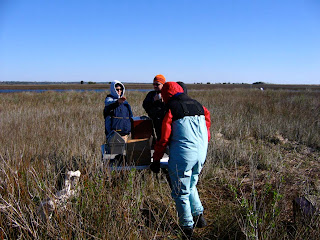 The work station- where the sparrows are measured and banded

With the tide going down, it was time to go at about 10.30am. It was pretty choppy on the way back, and we were showered with seaspray a couple of times- ah the joys of goretex and proper waterproofing. And to think I almost thought of leaving my fleece at home today, as the weather had been so warm of late!
gallery Wilmington

Sivasothi said…
Wah! Cannot complain about waking up early in the tropics! That sounded cold!
9:38 am