January 30, 2007
For some reason, I suddenly had a craving for delicate, trembly steamed egg. Made a batch to go with a bak kut teh dinner I had at Marianne's house a couple of weeks ago, but it turned out too fluffy- not the clear, unblemished surface I wanted, so tried again at home, this time using my bowl in a saucepan of hot water! 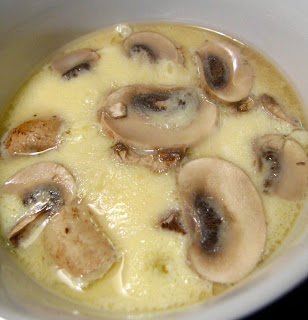 Still not as flat as I would have liked, and the mushrooms refused to sink down to the bottom of the bowl, but not bad! It was just barely cooked, and still nice and trembly!

Next up was baked pasta with spinach. The cooked pasta was mixed with tomato-based sauce, half a bottle of creamy alfredo, and half a packet of mozzarella cheese. Sprinkle more cheese on top and bake till everything sets together! Good for freezing! 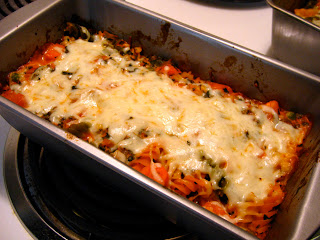 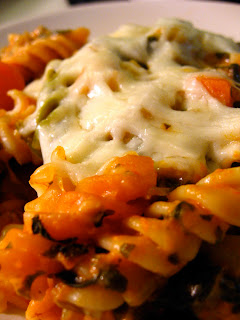 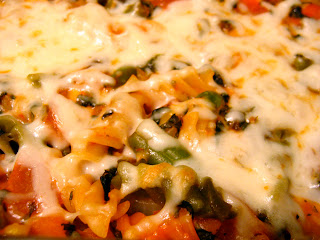 Then I went and bought myself a big bag of dried black eyed peas...I tried some canned ones before and they were really delicious! Made some minestrone with them (ate it all before I took photos! haha), but I still had 3/4 of the bag left. So some went into a beany vegetable stew, with celery, stewed tomatoes, cabbage, more spinach, lots and lots of dried chili flakes (it's winter here, hot food is good) and mixed veggies. Threw in a dollop of alfredo for good measure, and cooked over low heat till the liquid reduced. Then it was served over toasted crusty bread with pepperjack cheese. Mmm! One of my fave meals of the week. 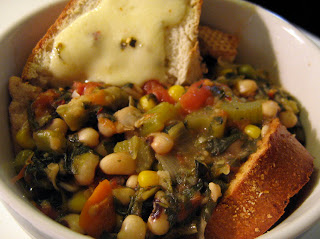