October 19, 2006
I was invited to participate in the aikido demonstration during the Cape Fear CC Health Fair, which also featured exhibitors from various NGOs in Wilmington. We were right in between the Police and Fire Dept desks in the cafeteria, so we had a sizeable lunchtime crowd. 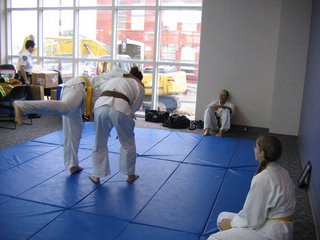 Having fun before the demo starts

We had short sessions every hour from 10am-2pm. It was a pretty free and easy demo, there wasn't much space, so we took turns in pairs to show a few techniques each. 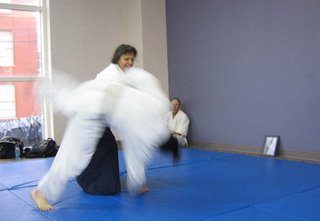 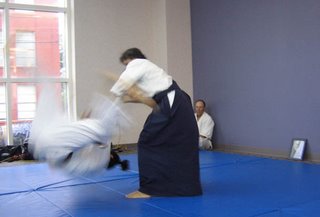 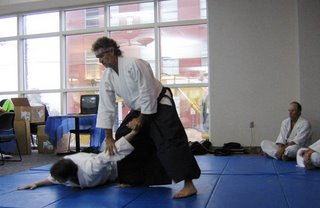 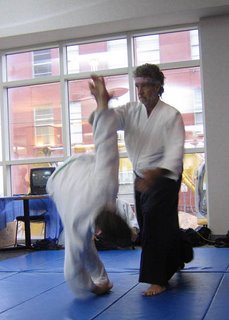 During lunch, we offered members of the public to try out a few simple self-defense techniques, such as nikkyo, or breaking free from a wrist hold. 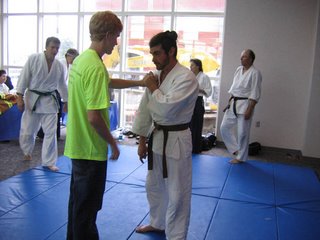 That's Matt letting someone from the floor practise nikkyo. He's usually the uke of choice 'cos he's pretty pliable!

And finally, a video on tanto (dagger) defense techniques by Keith Sensei: